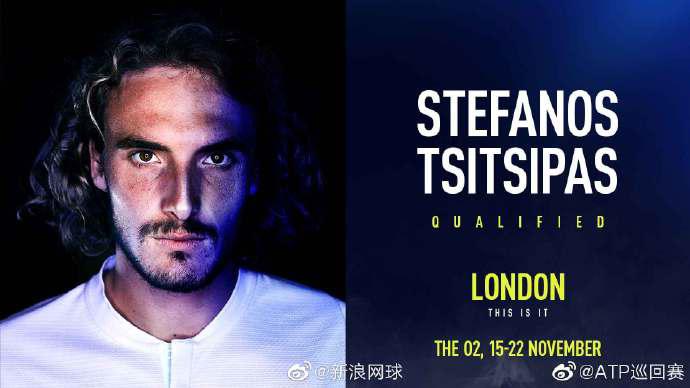 On October 12th local time, the ATP officially announced that Sisipas and Zverev Jr. were shortlisted for the 2020 ATP year-end finals. Prior to this, Djokovic, Nadal, Tim, Medvedev have confirmed the finalists. The competition will be held from November 15th to 22nd.

The 22-year-old Sisipas has a record of 28 wins and 10 losses this season. He won his fifth career tour title at Marseille in February and finished runner-up in Dubai and Hamburg. He then reached his second Grand Slam semi-finals at the French Open and lost to Djokovic in the semifinals.

The 23-year-old Zverev made his first ATP finals in the 2017 season, defeating Federer and Djokovic on the way to win the 2018 event. Zverev Jr. won 15 wins and 8 losses in the 2020 season. He broke into the first Grand Slam final of his career at the U.S. Open and reached the top four at the Australian Open at the beginning of the year.

According to the guidance of the British government, due to the ongoing COVID-19 pandemic, the 2020 ATP year-end finals will be held without spectators.