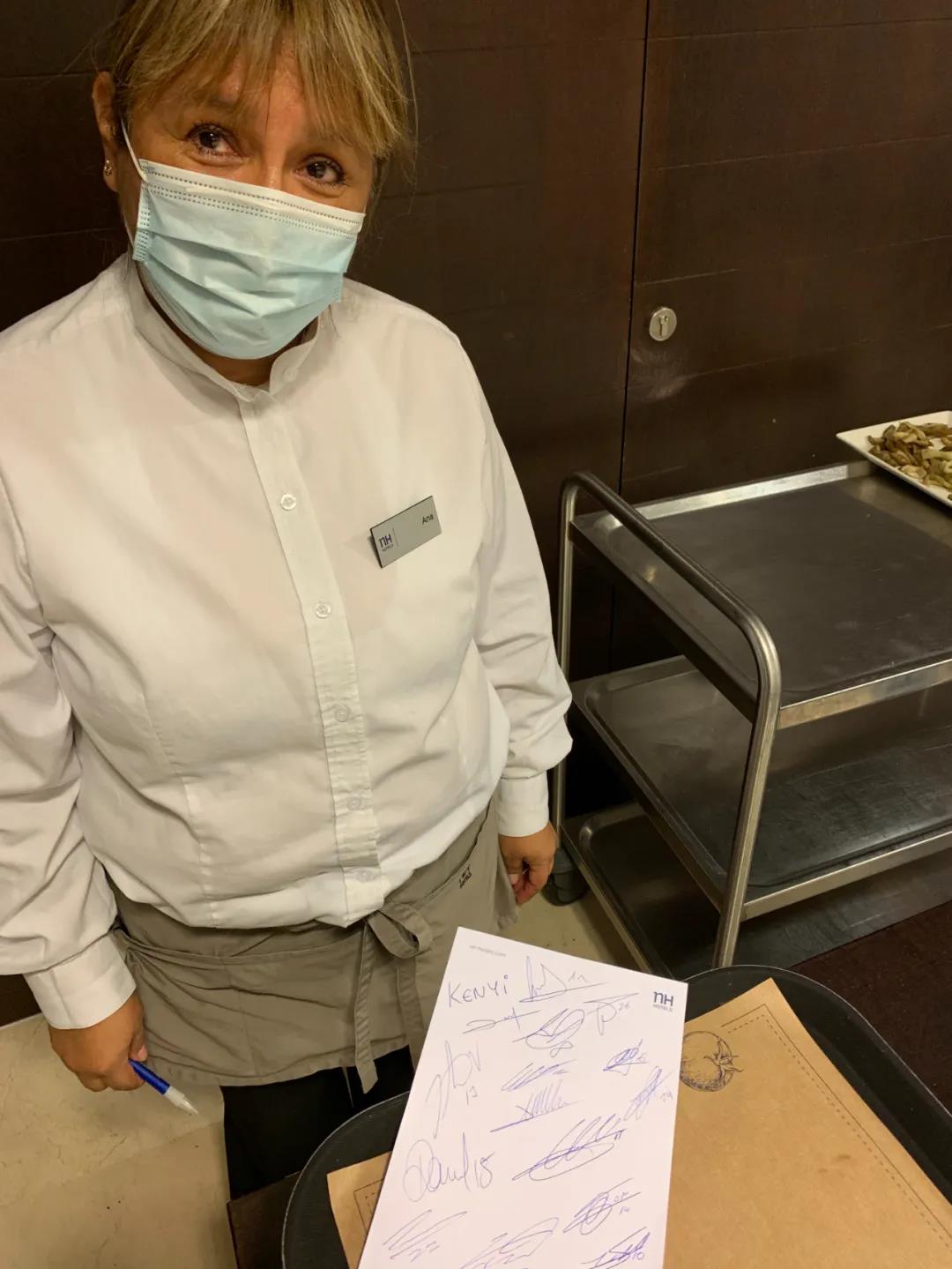 After the two away games, we returned to home. Because it was the afternoon game, the day before the game was still concentrated in the hotel, and I actually met a super Chinese fan, a waitress in the hotel. She was very excited to see my Chinese face. The translator told me that she chose the very Chinese pronunciation of "Kenyi" for her children.

Her son is a fan, and the signature of our team made her very happy, saying that it can make her child excited for several days. In Spain, it is possible to meet people who are interested and concerned about football on almost any occasion. As a player, besides being shocked, he also feels a trace of envy in such an environment.

After a few games, the momentum of the team and the results of the game are very ideal. Although teammates have left, the integration and adaptation of new partners has also brought new vitality to the team. Of course, this is just the beginning. This week At the beginning, there will be two consecutive weekly double matches. This is a test for everyone, and it will be very beneficial to be able to pass.

But for myself, some fans have already guessed it before. I did have some injuries recently. So before this game, the coach told me to play halftime. I am also grateful for his trust in me. After discussing with the team doctors and coaches after the game, they advised me to start recovery treatment as soon as possible, so I have entered the recovery training stage from Tuesday. Train alone and add therapy every day.

October 12 is the National Day of Spain, and all of Spain including Catalonia has a three-day holiday. In previous years, a military parade was held. The king reviewed the three armies. There was a grand parade in the center of Madrid. I saw the grand occasion of National Day on TV last year.

This year, due to the epidemic, the scale of the event has been reduced. However, the commemoration paid tribute to all those who fought with the epidemic. National Day felt like it had a special meaning. In Barcelona, ​​the patriotic enthusiasm of the Catalans is also undiminished. They are unrestrained and passionate. Even if they wear masks or drive a car, they often see residents waving national flags and honking horns on the side of the road. . Our team also enjoyed a rare two-day holiday in this holiday.

There is a sad thing this week. I learned that the puppy "Man United" of Chongming Base had passed away on Monday morning. When I thought of "Man United", it seemed as if I had returned to the training ground of Genbao Base. At that time, we were training every day. Follow us on the field and jump.

When Director Xu came to Chongming to set up the base, his goal was to "build China's Manchester United". In order to always remind this original intention, this puppy who was just carried to the base was called "Manchester United." If we follow this initial aspiration, we are still far from fulfilling Xu's wish, and the player's career is short and limited. For me, I still have to hold the original belief and always work hard to be myself!

No one commented, but quiet

Not remembering Kobe in social media makes me questionable, he understands my love

He Xining: Jeremy Lin's CBA lore from the training camp