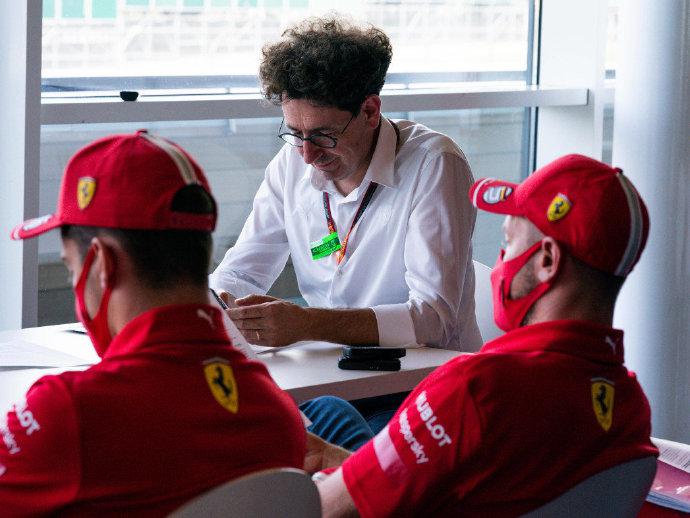 Vettel admitted in an interview with the show that his experience at Ferrari was a failure. At the same time, he hinted that he could have avoided getting involved in some Maranello political struggles, but he did not do well.

In 2015, Vettel joined the Ferrari team. For two consecutive seasons from 2017 to 2018, Vettel won the runner-up. At Ferrari, he won a total of 14 races. After 18 months of disappointment and setbacks, Ferrari decided not to renew Vettel and chose Carlos Sainz as his successor.

The German drivers did not manage the relationship in the highly politicized Maranello. He admits that there are some things he could have done better.

"The fact is that I failed. I set my mission or goal at Ferrari as a world champion," Vettel said in "Beyond the Grid", "I failed, I failed to do it."

"There are some things that I should have done better. Some things I might have discovered earlier, and some struggles I shouldn't have been involved in," he explained. "But I think everything that happened in the past led to the situation I am in today. If I judge myself objectively and sharply, I have failed. Is there a reason? It may be, but I don’t use these reasons as an excuse for failure, so no matter what happens Whatever I pass, I will go to the next goal;

"There may be struggles that are not worth participating, but this may become one of my experiences in the future. I thought those struggles were reasonable at the time. But in the end I think that this is the process of maturation and learning. I am very happy to be able to continue. ."

Vettel is looking forward to joining the Aston Martin team, a team much smaller than Ferrari. The 33-year-old driver stated that he was persuaded by Lawrence Stoll to join the team. Stoll convinced him that the new challenge is a happy project. Of course, in addition, there are many factors that prompted him to join.

"From the performance point of view, it is easy to make a decision. The team's racing results, the team's current situation, the team's possible future, potential, etc.. This sounds like a project that makes people happy. This is why I finally become them The reason for being a member. They are very different from Ferrari. It is obvious that today’s match point-tomorrow's Aston Martin-will continue to grow. The team will experience many firsts. For the entire team In terms of this, this is an incredible challenging journey, and I hope to contribute a lot both inside and outside the car."