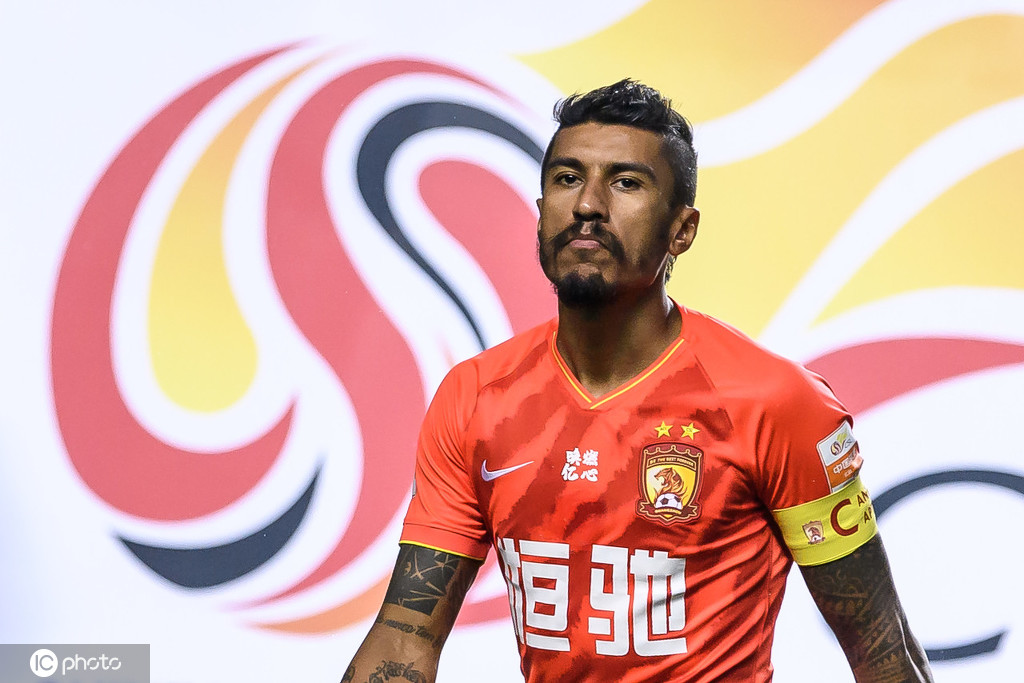 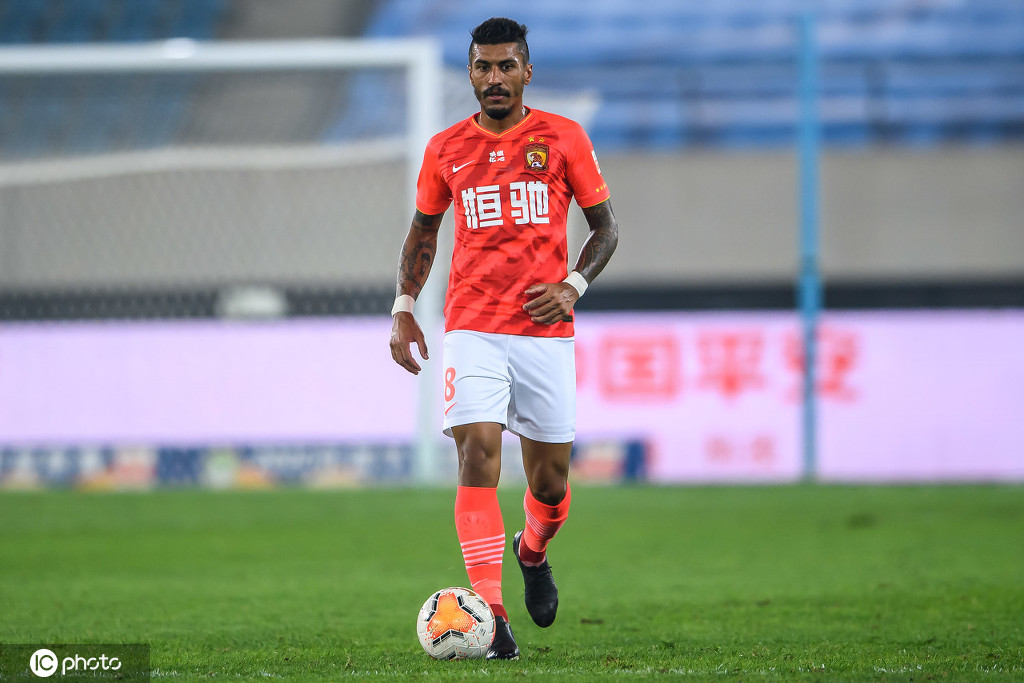 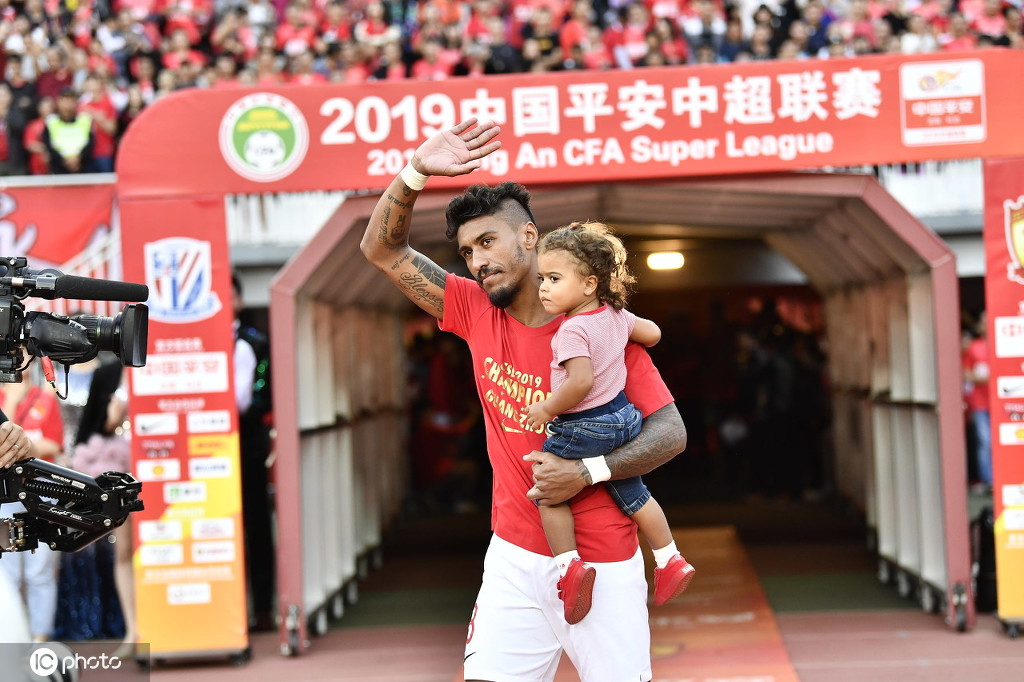 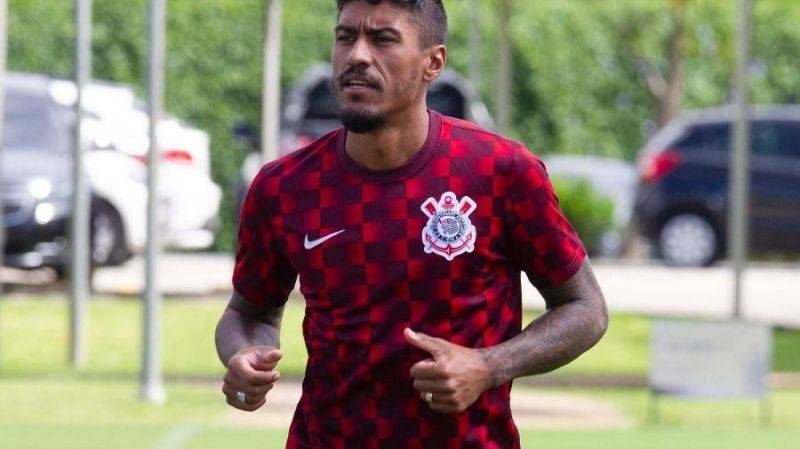 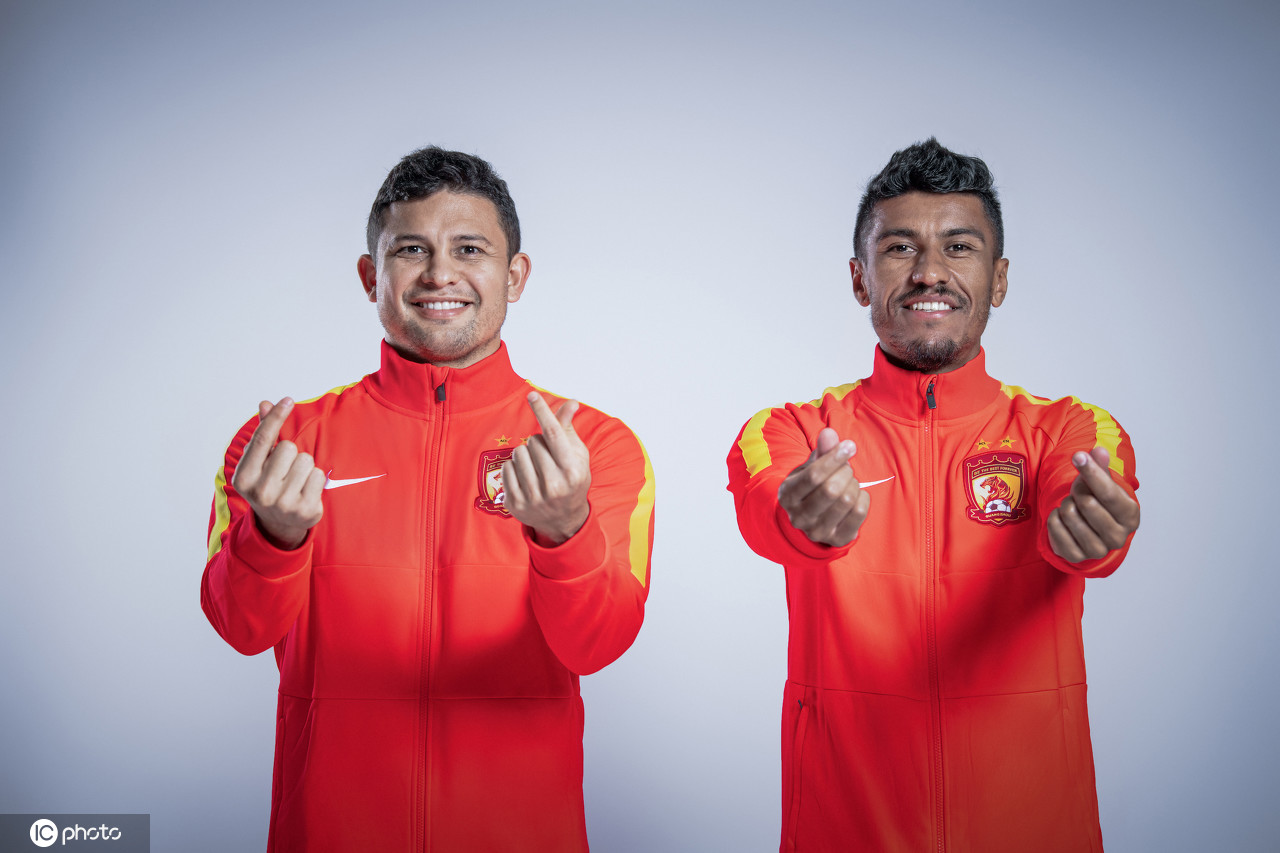 Recently, Evergrande’s core foreign aid Paulinho accepted an exclusive interview with the Brazilian media "Global Sports", revealing the reason why he has scored more goals in the past two seasons. He also frankly admitted that the period of isolation after returning to China from Brazil was the most in his career One of the difficult times, he made it clear that he had a very happy time at Evergrande, and he was willing to fulfill the next contract and support China's naturalization of Brazilian players. Here are the details of the interview:

Q: Last season, you scored 22 goals and set a career record. This season, you have 9 goals in 14 games. Should we get used to the role of shooter Paulinho?

A: I was indeed lucky to score so many goals last year. We played in 3 competitions, the Chinese Super League, the Domestic Cup and the AFC Champions League. Only then can I score those goals on all fronts. Of course, this depends on my own efforts in training and competition, as well as the help of my teammates. This year's league is different from the past, and the reason is well known, but it is the impact of the epidemic. But even under this system, I haven't played a formal game for five or six months. I still return to the game healthily to help the team keep scoring goals and achieve the set goals. My goal is to score the key when the team needs it most. Goal.

Q: You are always improving and you can always surprise everyone, but you didn't score many goals before. What has changed since last season?

A: Nothing has changed. My position in the team is the same as before. Head coach Cannavaro still allows us to play 3 midfielders, but I have a higher degree of freedom and can get closer to the goal, which is different from the previous double midfielder. My position is the same as before. My function when off the ball has not changed, and I have to actively fill my teammates. When there is a ball, I become the one who can create surprises.

Q: You failed to score in the last two games. Have you charged yourself with enough battery again?

A: To be the team's top scorer or to score goals in all games has never been my goal. It was not in the past, and it is not now, because I am not a forward player, and things have always developed naturally.

Q: But in Evergrande, other players will probably ridicule the fact that you can always score goals, right?

A: Yes, my friends and teammates say that I have excellent predictive ability and know when I should be in the right position. I have always been like this in my career. I can always appear in the best position and know when to get involved in offense. Obviously, scoring also has elements of luck. For example, the ball hits the post and rebounds near me.

Q: How different is this season? Is the feeling of galloping on the field similar to before?

Answer: The competition system of this season is completely different from the past. The first stage is divided into two divisions, each with 8 teams in a double loop. Our goal is to be among the top four in the division, so as to successfully advance to the second stage. In the course of the game, we found that there is hope to lock the first place in the division, and therefore work hard to win the game as much as possible and as early as possible. The second stage of the competition system has changed. It is a knockout game. I have never experienced such a competition system in the years of playing in China. The second stage is a two-round knockout. We must study our opponents carefully and keep a clear head.

Q: Your team has won so many domestic championships. Is there any requirement to achieve good results in intercontinental competitions again?

Question: When the epidemic is at its peak, have you ever thought that you will not return to China to play football this year?

A: I did think that this year's game might be cancelled due to the epidemic, because we cannot predict the development of the situation. But China's control of the epidemic is excellent. They have formulated detailed and thorough plans to take care of everyone.

Question: What was the situation during your return from Brazil to China?

Answer: I returned to China before my family, and then I was quarantined and stayed in the hotel for 14 days. I asked the club to provide me with some equipment so that I could keep training indoors. I would talk to my family, my wife, and video with the children. I strengthened my strength training during that time because I had nothing to do except training. At the same time, that period of time also made my mind sober and set the next goal for myself. That was one of the hardest times in my career.

Q: How did you train with Corinthians when you were in Brazil?

A: The reason why I train with Corinthians is because I have to maintain normal training. The physical training performed on the field cannot be achieved by treadmills or bicycles. I know that practice in the power room is very important, but as a player, I prefer training on the court. Therefore, I communicated with Evergrande, telling them that I want to stay in Brazil for a longer time and must train with the team. Then, I called Corinthians and asked if I could train with the team. Of course, everyone helped me with great enthusiasm and respected my ideas. I am also very grateful to Corinthians. They always open the door for me when I need it.

Q: At that time, some fans asked you to stay in Corinthians, would you be a little moved? Have you thought about returning to Brazil one day and playing for Corinthians again?

A: As I said, I will always remember the enthusiasm of Corinthians fans for me. But no one knows what will happen tomorrow, especially in the football world, the changes are too fast.

Q: In the past, the Chinese league was often regarded as a short-term post, but now more and more players are playing there for a long time. What convinced you to stay in China and play?

A: I am about to finish my fifth year of playing in China. In my opinion, the most important thing for foreign players playing in China is to keep a clear head, determine their goals, and stay focused. Over the years, I have always insisted on doing this. Everyone knows my professional attitude and my strong desire to win the crown. I came here to win the honor of waiting. To play in China, players must be prepared and know their goals, so I have played in China for so many years. I had a great time here and my family felt very happy. I have nothing to complain about. In 2015, Evergrande welcomed me with the enthusiasm and respect that I showed when I joined, and left a deep impression on me. I can only repay them through training and competition.

Q: What do you think of the naturalization of Brazilian compatriots? Can you see all this clearly?

Answer: I always hope to be myself and have my own choice. I can really see the phenomenon of naturalization thoroughly. The naturalized players have played in Chinese football for a long time, and the Chinese national team chose these players because they were the right choice. In my opinion, the naturalized players have played in the Chinese league and are well respected and loved. Now, they have the opportunity to play for the Chinese team and help the team reach the World Cup finals. They did not have such an opportunity in Brazil before, but now they have such an opportunity in China.

Q: What are your expectations for the second stage of the league? Will we see more goals from Paulinho?

A: What is coming is a completely different league stage. We have to concentrate and remember everything we experienced in the first stage. We stayed in the hotel for two months. We must keep a clear head. Our goal is to reach the finals, and what I want to do is help the team. Of course, if we can score more goals, it will naturally be a good thing.

No one commented, but quiet

Not remembering Kobe in social media makes me questionable, he understands my love