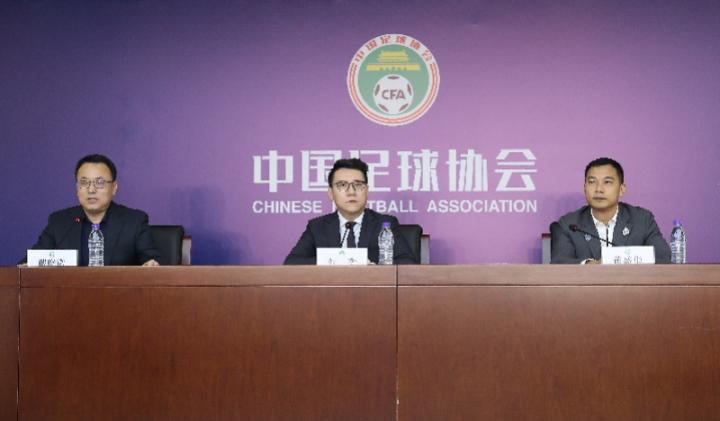 So, what is the progress of the preparations for the Chinese Super League that should have been going on for several months?

At that time, the Secretary-General of the Football Association Liu Yi and the convener of the preparatory group Huang Shenghua attended the press conference.

The outside world is optimistic that the Chinese Super League will replace the responsibilities of the Chinese Super League in the 2020 season and take a substantial step towards the separation of the management of the Chinese Super League. However, a recent piece of news seems to confirm that this matter has fallen into a stagnation and cooling state. Wei Jianglei, an important member of the professional league preparation team, announced on his personal social platform that he has joined R&F Group as deputy general manager and president of the commercial operation management company. Huang Shenghua has also Return to R&F Football Club as chairman of the board to take full responsibility.

What happened to the Chinese Super League? Has it been abandoned due to inability to advance? Or was it stopped because the time was not ripe?

On the evening of April 13, a reporter from Nandu exclusively interviewed Zhang Li, the leader of the Chinese Super League and the investor of Guangzhou R&F Club. Zhang Li Xiang Nandu confirmed that the preparatory work for the professional league is indeed at a standstill. He has withdrawn from the preparatory team, and investors are still waiting for further comments from relevant departments. (The following is the interview record)

The professional league finished its press conference in October last year. At that time, it was thought that it could be listed at the end of the year, but then it seemed to have stalled. As the leader of the professional league, can you introduce the progress of related work?

Beginning in June last year, Director Gou Zhongwen of the State Sports General Administration approached me and related personnel, and asked me to be the leader of the Super League preparatory group to speed up the preparation of the professional league. Later, our 12 Chinese Super League investors held a meeting in Wanda, and everyone signed their names and asked to speed up the establishment of professional leagues. If the league is not established, it will make it much more difficult to professionalize the league. All of our investors and clubs cannot withstand all kinds of pressure.

It has been supported by the above to promote the professionalization of the Chinese Super League. (Relevant departments) have also issued a special document requesting the establishment of professional alliances as soon as possible. We were also very active at the time. Around August and September, everyone said that it is best to list as soon as possible, preferably not past the end of December.

We are planning to open an investor meeting in Shenzhen, and we have already notified all of them. We have also studied how the professional league will proceed. We have put forward a lot of suggestions in terms of salary limitation, transfer fee limitation, competition, etc., but since it was called off , This meeting was not held, and it didn’t make sense to open it.

The work of the preparatory group has already started, and the press conference has also started. Why was it stopped again?

We have been urging to implement the establishment of the Super League as soon as possible. It is not my opinion, but the consensus of investors.

We investors are also more anxious, if we have been operating within the administrative framework, we can no longer do it. The Chinese Super League also has many problems, spending more and more money, and the Super League’s management is relatively poor. I'm stuck here now, so we plan to publish the original signature. At that time, it was relatively low-key and it was not announced. In June last year, investors had a meeting to sign. 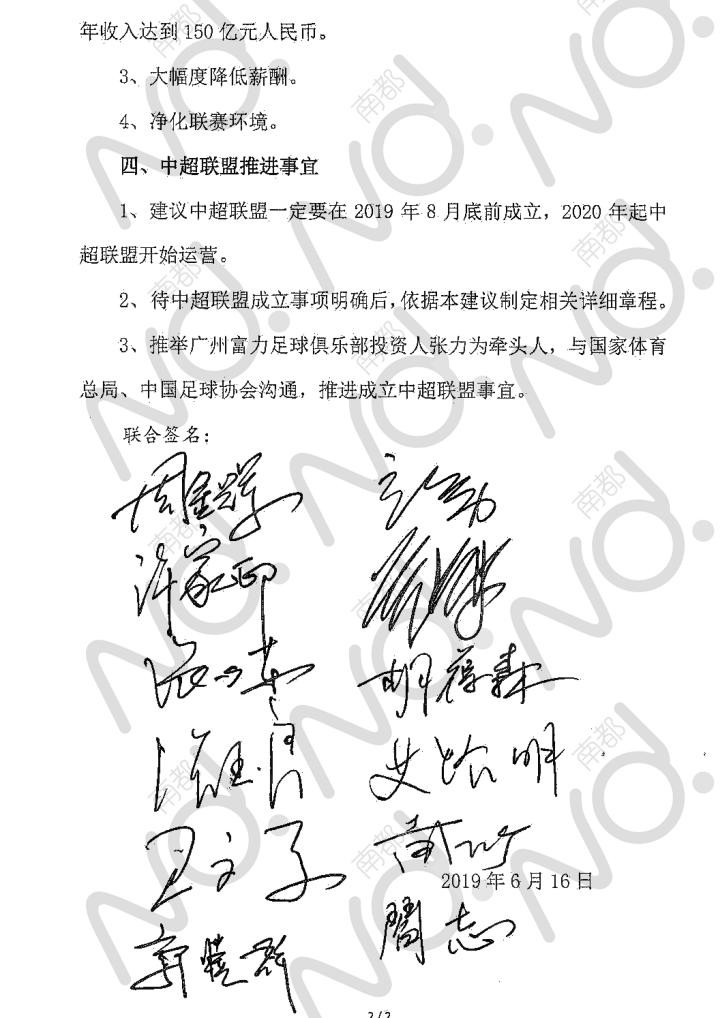 : We saw that Wei Jianglei has left the preparatory team to join R&F Group, and Huang Shenghua has returned to take charge of the club. Does it mean that things are not easy to move forward?

correct. At that time, Chairman Chen Xuyuan of the Chinese Football Association came up and approached me and said that to speed up the construction of the Super League, you can take over now. So at that time we sent a team of people to prepare the team, including legal affairs and personnel, including Wei Jianglei. They all joined the Chinese Super League (the alliance preparation team) to participate in the work, saying that the procedures can be slowly changed. I think this head started well. We responded positively and people were sent in.

After calling a halt later, he also told us, don’t worry, wait, we will not withdraw. But in this situation, it didn't make sense to wait. There were many conflicts in raising two teams over there, so I withdrew them back. At that time, he and Liu Yi approached us and asked us to speed up. He had just taken office at that time. Now I’m stuck here, I don’t know what the Chinese Football Association thinks, I don’t know.

In the process of advancing, what was the biggest feeling as the leader? Is there too much involved in this matter, so it is not easy to do it?

This matter is easy to say, and difficult to say. We learned a lot of experience from the Bundesliga, Premier League, and La Liga to form the Chinese Super League, but it was a matter of course. There are no problems in work and business, and we are confident that we will have 5 billion yuan (RMB) in revenue a year. After Wei Jianglei came, he thought of a lot of ways, and he was confident to increase the income of the Super League.

We also agree with the Chinese Football Association to give them back 10% of the income. Assuming 5 billion in revenue a year, we gave him 500 million, reached an agreement, and signed something.

It's hard to say. In football reform, everyone is unwilling to delegate power. It is simply difficult to move forward.

Yes, very strong. The Chinese Football Association is engaged in football, administrative management and professional football. The two rotating gears are not the same. There must be contradictions. Wang Jianlin, Zhang Jindong and Hu Baosen have all called to remind them of this matter, and they have also asked about this matter in person.

We also want to send another letter to the State Sports General Administration, requesting that it be expedited and not to remain unmoved. We also want to make this preparation process public so that everyone can understand the ins and outs.

The Chinese Football Association has introduced some financial restrictions to reduce the club’s budget, and has also added foreign aid quotas. It is considered to be generally welcomed by investors, isn’t it?

After the establishment of the Super League in the future, we will fully grasp club expenses, salary limits, transfer fees and so on. The Chinese Football Association has done a good job on this matter, and we have made a good start. We support it.

As an investor representative, do you think that the work of the State Sports General Administration and the Chinese Football Association should continue to be carried forward, and in which aspects should some changes be made.